There’s a frog in the dryer

Mother’s Day was sure one for the memory books.

It all started on Saturday evening when I prepared Ken one of the “best meals I’ve made in a long time!” He said it was a keeper and he wanted me to make both things again. I made Pigs in the Blanket (stuffed cabbage rolls) and I tried out a copycat recipe for PF Changs Lettuce Wraps. (recipes will come in separate post)

I was busy cleaning up from dinner and as always I started stuffing the uneaten food down the garbage disposal. As soon as I stuffed the rice noodles down the drain… the chaos started.

We spent the next 24 hours snaking pipes, draining, pipes, cleaning disgusting goop out of pipes and the only thing we managed to do was make a complete mess and stink up our house. My Mother’s Day was spent dealing with pipes and stressing out over how we were going to be able to fix this mess and get our house back to normal. So much yuck was being flung around I had to wear safety glasses. No matter what we did we could not get the kitchen sink to properly drain. Finally after so many hours of attempting to fix the pipes ourselves we wiped our hands clean of the mess (literally) and called a plumber Monday morning.

Sure enough the plumber came out and with his super powered electric snake that is 3 times as thick as the one we were using and he got the blockage out within 20 minutes and 89 dollars later. Somehow we were just pushing our small snake through the blockage and not loosening it up enough. OMG. If I would have know that is all it would have taken I wouldn’t have wasted my time trying to fix it ourselves. Lesson learned. Also, I will no longer be putting as much food down my drain. Most importantly: No rice noodles and no eggs shells. The amount of egg shells we found in the pipes was insane.

I had so many towels to wash and I washed them several times because just the thought of that goop from inside the pipes being on them just grosses me out. After I took them out of the dryer I heard Blake yell, “There is a frog in the dryer!” That darn thing must have buried himself in the pile of towels that I had set outside before I washed them. He got a nice bath and blowout, but didn’t live to tell about it.

With all the chaos, I ended up not getting any photos on Mother’s Day, except for this pic of Andrew driving us home from a cookout at my brother in laws house. It was the first time he has driven with the kids in the car and they were all acting dramatic…saying “We’re gonna die!!” He drives pretty well, but I have to pretend I am not nervous, which is not easy. The kids got me a charm for my Pandora bracelet. It has pink stones set in gold and the rest of the charm is sterling silver and spells out M-O-M. I love it! 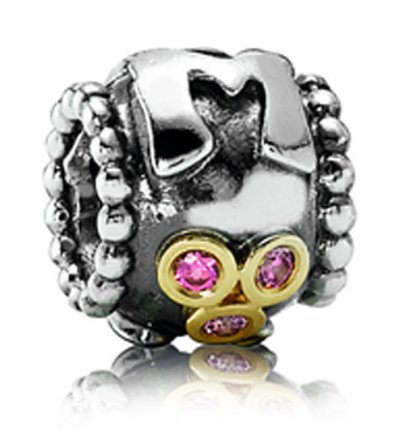