I didn’t really make any New Year’s resolutions this year because I think it’s kind of silly that people think that you should wait until you hang a new calendar to try and make changes in their lives. Heck, I am always thinking that I need to make changes of some sort. But then again, I am also one to tell myself every day that my diet starts TOMORROW. Ha!

This reminds me… one day Blake was trying to refer to something that happened a couple of days prior to that day. When he said “yesterday”, I replied – that wasn’t yesterday and he then said, “Oh, I mean yesterday, yesterday.” Too funny. So maybe I should just start saying my diet will start Tomorrow Tomorrow!

Back to resolutions… I did sort of say that I would stop cussing as much. It kind of doesn’t work out real well that some days my kids are the only people I talk to in an entire day, especially this time of year. So when I need to vent or I lose patience over something, the words just come out sometimes. It also doesn’t help that I now have my own Xbox360 in my bedroom and I hang out on Xbox live at night, playing Call of Duty – Black Ops with a bunch of fowl mouthed men. (I know…I have some strange hobbies.) Hi, my name is Candi. I am addicted to reality TV shows, playing Call of Duty, watching movies illegally on the interwebs, and stalking the Shaytards on YouTube. Nice to meet you.

Some other little tidbits that have been bouncing around in my head.

Should I be worried when my 8 year old son comes into my bedroom with a screw about 5 inches long and says that he found it in his bed? The fact that they have bunk beds makes that a little scary.

Speaking of worrying… Why is there a book called, “Don’t Sweat the Small Stuff”…but no books about not sweating the big stuff? Does this mean that we should worry about the big stuff, because I think that we should learn to not worry at all…like it’s all in the Lord’s hands anyways, right? Oh my, no way- I just googled “Don’t sweat the big stuff” and there IS a book about this called, What About the Big Stuff? Wow, amazing. I guess I wasn’t the first person to wonder about that.

I feel like I am less of worrier than I have been in the past. Not that some days I don’t feel like doing a Jerry Maquire Flip Out…only because it looks like fun. Don’t know what I am talking about?
Watch the first 25 seconds of this video.

I would rather just have a resolution that I know I can live up to…like I vow to procrastinate more this year than last year. That sounds perfect! 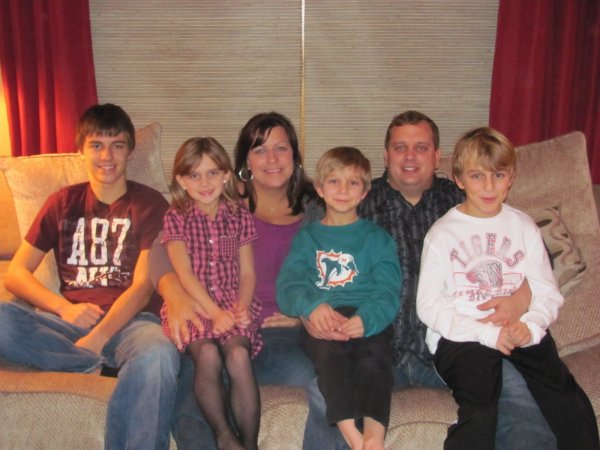