They say admitting you have a problem is the first step. My 7 year old is really causing me to wonder about my parenting skills. I know he is probably just one of those kids who is going to test his limits and keep me on my toes. Typical middle child and it doesn’t help that he looks and acts just like his father did when he was a kid. But how oh HOW do I deal with not wanting to wring his neck every day? 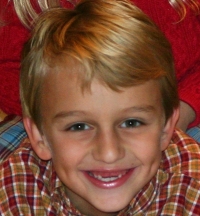 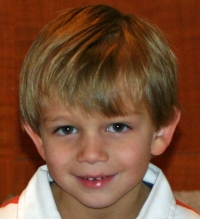 Saturday evening I went upstairs to grab my book and as I was walking down the hallway I turned to see if Blake and Chase were still awake. Blake, who sleeps in the top bunk, was still awake and had this look on his face that said – I know I am doing something wrong but I am smarter than you so you have no idea what I am really up to. I grabbed my book and on my way back downstairs I looked again. This time he was pretending to be engrossed in whatever was on the television. After walking in their room and asking him what he was doing I looked down at Chase who was sleeping peacefully in the bottom bunk, on his back with his face towards the ceiling. Chase had a disgusting pile of spit on his face that covered his left eye and cheek. What the?!

I can’t decide whose hair I want to pull out more. Blake’s or my own.