This morning when I let Tori out there was a strange looking leafy type thing sitting on our back step. It basically looked like this:
(these are not real photos…if I only I were smart enough to have grabbed my camera….instead you are getting my photo shopped versions) 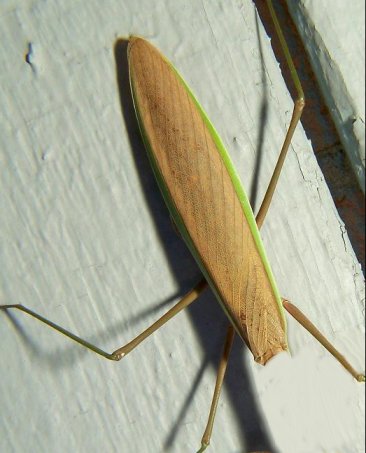 I didn’t have my contacts in yet, so basically it looked like a leaf with legs. I bent down to get a closer look and still couldn’t quit figure out what it was. I told Karli to get her Daddy. He said it looking like a praying mantis…but with it’s head missing.

Huh? What!!?? No way, Tori was just playing with, basically chewing and spitting out, something that I thought was a leaf. Yuck yuck yuck…I was dancing around the kitchen with the heebie jeebies.

I begged Ken to clean it up before Tori got a hold of it again. He just HAD to tell me that he seen it’s head and the rest of it’s body. Now, it is important to understand what this bug looked like before my precious 4 month old puppy got it’s paws on it. 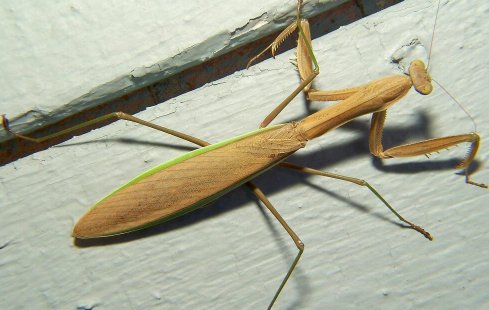 I told you …. totally disgusting!

Then the topper was when I asked Ken if he was sure he got it all. The thought of Tori going back out there and chewing it was grossing me out. He told me he had and then I pointed down to the ground and said, “what’s that”? He replied, “Just a leaf” and then proceeded to kick it with his BARE foot and the so called leaf squirted out slimy bug juice.