Gone Girl & what I’m reading next 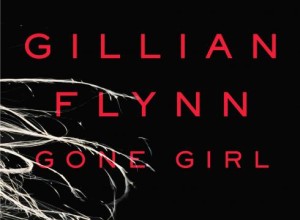 after having it on my To Read list for several months. I finished it in just two days, which always happens when I really like a book. Typically I don’t bug Ken about the books I’m reading, but this one was worthy of conversation. I told him that they really need to make the book into a movie. Sure enough as I was flipping through my US Weekly magazine two days later when I found this article: Unfortunately I read it wrong the first time. I had excitedly proclaimed to Ken, “You are never going to believe who is going to be in the movie adaptation of Gone Girl…my favorite actor and actress of all time!” Well as you can see if you read it, Reese Witherspoon is producing the film, not acting in it. Oh well. But Ben oh Ben. THIS is going to be good.

I ended up doing a little Google search to see some of the women they are considering for the female lead; Charlize Theron, Natalie Portman and Emily Blunt. Out of those 3 I think Emily Blunt would be the best choice.

My thoughts on the book, without giving anything away…

I seriously despised both of the lead characters the first half of the book. The chapters flip back and forth between Nick and Amy writing in first person. At first I couldn’t figure out if I hated the Flynn’s writing style or I hated the characters. It was the characters. Don’t get me wrong, the writing is quite unique. I’m used to reading a variety of books; some young adult books, a lot of dystopian settings, and a little bit of mystery and romance mixed in. Gillian Flynn’s writing style is quite complex. Very direct, sort of abrasive, but good. It is the sort of writing where you know you have to read every sentence through so you don’t miss a thing. No skimming here.

Nick and Amy are crazy individuals. They’re married, but pretty much hate one another. They blame one another for their unhappiness and unfulfilling life and they go out of their way to make the other pay, big time. It was like they are married to one another but never really knew each other at all. I hated Nick and his selfish ways so much I thought he deserved everything coming to him. But then Amy, it’s like wow – how does someone end up this way? It wasn’t difficult to predict a lot of what was happening, but you are not left with two seconds to even think about it because everything happens so quickly. I love when books keep my thoughts spinning like that. I’m curious in how they are going to make the movie even half as good as the book since the best parts are when Nick and Amy are describing the thoughts in their heads…rather than anything actually happening. If that makes sense? . A young adult trilogy set in a dystopian Chicago where society is split into 5 factions or ways of living. When you turn 16 you are able to choose if you want to continue living with your family in their current faction or choose one of your own. It a really entertaining story and I just picked up book 2 of the Trilogy tonight along with two other books to take with me on vacation. (I prefer to take paperbacks when travelling.)Insurgent is the second book of the series

. The books have been compared to the Fifty Shades of Grey Trilogy

I read Gone Girl on my iPad, but for some reason I have been just loving have actual books to read here lately. Which do you prefer? Books or eBooks?