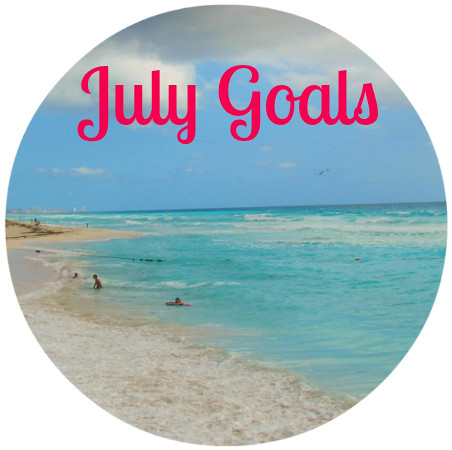 I had written down my goals for June and ended up being pretty successful at completing most of my goals. Recap of June Goals:

1. Blog at least 2 times per week and Post at least 1 video per week – I accomplished this if you include the weekly blog posts for my 365 Days of Gratitude. Sorta cheating I know, but hey, I posted something at least. And I posted 7 videos as well.

2. Paint Blake and Chase’s bedroom – Total fail on this one, which I should have never put such a thing on my list when I had so much to do to prepare for Andrew’s Graduation Party.

3. Organize photos and scrapbooks for Andrew’s Graduation Party – I got all of his scrapbooks done (3 of them) and I ended up making a video instead of making the trifold poster boards that many make.

4. Walk at least 4 times per week – Partial success here. I walked a total of 12 times in June for a total of 36 miles. If I look back through my Nike+ account I had only one other month where I walked that many miles and that is the month before my first (and only) 5K two years ago. So with that fact alone I would say I was quite successful at going above and beyond what I would normally do. I decided to walk at least an hour each time instead of trying to walk as often throughout the week. I dropped some pounds as well, so Yippee!

5. Decorate my office – I got a good start, but I’m not quite finished. I found a piece that had the exact colors I was going for above my desk and then I found these cute ceramic pencils and a green lantern for the kids desk. 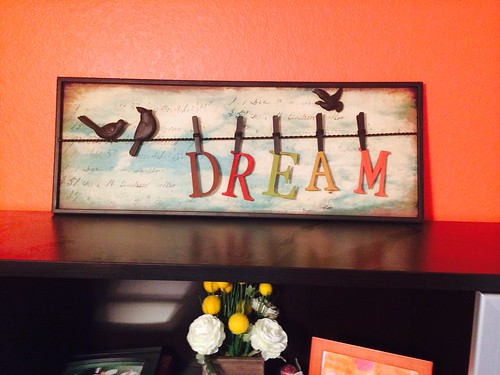 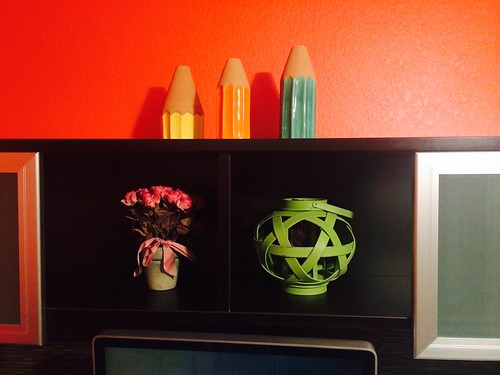 On to next month…

1. Paint Blake & Chase’s bedroom
I’ll keep this one on the list again this month.

2. Organize the basement filing cabinets
We have a large filing cabinet in the storage room of our basement that has stuff in it from 2001, when we first moved into our house. It’s really time to purge a lot of what’s in there to make room for new stuff that needs to be archived from my office files.

3. Read 2 books
I love to read more than any other hobby but because this house is so loud and chaotic at times I feel like it’s the last thing I do. I want to read at least 2 books this month especially while I’m relaxing around the pool. Right now I’m reading If I Stay

and it’s really good so far! The movie comes out in August.

4. Spend less money on groceries and eating out
Ken and I have gone over our expenses so far this year and we have realized once again that way too much money is being spent on food and eating out. We need to buckle down and try to decrease the amount so we can work at saving more money instead. 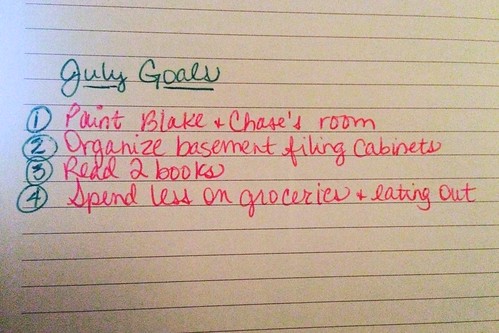